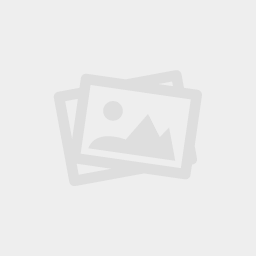 Cover of Under a Dark Sky

Under a Dark Sky

A man who claims to be Christ reborn is executed and doesn't die.
A girl who knows way too much shows up out of nowhere.
A genocide that would make the god of the Old Testament curse his limited ambitions.

And that is just the beginning.

In the middle of this epic crapstorm stands world weary security expert Asher Perez who only wants to enjoy his cheap whisky and even cheaper companions in peace.
Why can nothing ever be simple?

It's incredibly macho and hyper-violent still, which is fun. It's well-written, has some neat ideas - the especially odious fundie churches are a good twist ... It reminds me a lot of Richard K Morgan's stuff ... Well worth a read. Amazon customer on UADS

Explore Under a Dark Sky

Praise for Under a Dark Sky

Placeholder for the cover of Under a Winter Sun

Under a Winter Sun

A Terran secret agent goes missing on the Goliath homeworld Nifelheim. Before he disappears, he manages to send out a message.
It simply reads "Project Jotun".
Nobody knows what it means but all signs indicate the Goliaths are planning something. Something big. And they have help.
This scares the secretive immortal Terran overlords enough to request the aid of their old nemesis, Asher Perez, and propose a truce until the mystery has been solved.
It's not so much the mystery that convinces Perez to take the job. It's more that he will get to work very closely with a highly competent all-women special ops team.
And he will get to meet his old friend Thorfinn Wagner again.
Had he known what is about to hit the fan, he would have stayed home, stashed up on cheap whisky and drunk himself senseless in preparation for the end of the world.
Discover Under a Winter Sun

Image of a futuristic bar scene

Keep This Up and There Will Be Blood

This is a chapter from Under a Dark Sky that got left on the writing room floor after my editor went through the manuscript with his big scissors. It did not contribute anything to the story, but I still think it's halfway decent, and it features a pretty interesting character (any relations to another fictional character are entirely intentional) and I had a lot of fun writing it.
Enjoy!